Tips on gifts for Christmas:

Because we offer you a healthy lifestyle.

„In China, a doctor is paid for being healthy, not sick." And we agree!

We are proud that our company Zdraví Online is the exclusive reseller of STARLIFE® products, which have been on the market since 2003.

The origin comes from before the Olympics in Atlanta 1996 when the Olympic champion in decathlon Robert Změlík was introduced the products founded on 1200 ancient recipes of Chinese Ming Dynasty. Right after 2 days Robert felt their positive influence on his body. After about 1 month Robert confirmed that the products work as promised. And this was the very first step to dietary supplements. After 6-years of experience in the field of MLM Robert Změlík started his product range under brand STARLIFE®.

The philosophy of company Zdraví Online is to provide people with a better and healthier lifestyles. Robert Změlík is aware of a lot of similar companies who are not able to produce quality safe natural products without giving up on extra high profits and at the same time using only average, cheap ingredients. Zdraví Online researches new science discoveries and market and according to such knowledge Zdraví Online creates high quality products. Each product contains natural substances, natural balance of all ingredients that comes from experience in ancient China and Tibet, each product combines this ancient wisdom with the newest discoveries and technologies.

Eastern (oriental) medicine focused on medical precautional measures and on natural therapeutic procedures. Natural herbal substances connected together with their natural herbal carriers are more easily processed and extracted in a human body. Eastern studies show us that a human body is able to extract from food only those substances it really needs. Synthetics and other chemical substances on the contrary can be a cause for some side effects.

Complementary medicine offers gentle and natural therapeutical procedures that can be implemented in our everyday lives.

We appreciate all those who have participated, are participating and we believe that they will continue to participate in the creation of STARLIFE® product formulas. The years of knowledge, expertise and experience in the field of health and functioning of the human body of our expert team have made it possible to create such unique and effective STARLIFE® products.

A big thank you to the two men who have been behind the birth of all the products from the very beginning.

The owner of the STARLIFE® brand of products, an athlete, Olympic champion from Barcelona in 1992, but above all a man who wants to create and creates a range of products for anyone who wants to improve their lifestyle and maintain strength, endurance and good condition. 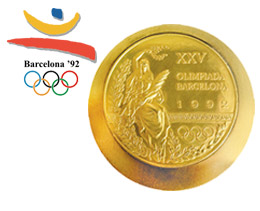 Robert Změlík (* April 18, 1969, Prostějov) is a Czech decathlete and the first Czech Olympic champion in the decathlon at the 1992 Olympics in Barcelona.

Robert acquired his fondness for sports in Klenovice na Hané where a great gym teacher - Jan Kopečný opened up his sports path. The School of Klenovice was a fear among sports schools not only in the region but also in the whole Czechoslovakia. At the age of 11 he made up a sector for a long jump, high jump, wooden blocks and boyish sectors for shot put and javelin throw in the garden of their family house.

He was just 14 years old when his name was for the first time put on the list of Czech record holders. His long jump was of 692 cm - a record unsurpassed until these days and it was also the world's best historical performance in the category of the age of 14, when he even outperformed his American example - Carl Lewis even by 8 cm. In 1983 he went to Ostrava Vítkovice to study at a high school in the field of mechanic automation while at the same time he ranked in the group of a coach Rudolf Chovanec.

Already in the junior category, Robert entered ten times in the record book both with outdoor and indoor activities. After his training of a long distance run was finished, he returned to the training of combined track and field events at the age of 16 and immediately he achieved two Czech records: 6,564 points and 6,728 points.

By gaining 7,026 points in 1986 he was nominated from Strahov to the 1st Junior World Championship in Athens. It is on the Acropolis that he achieved stardom in the world of great decathletes by gaining the 10th place whereas being 3 years younger than his rivals. However, the way upwards was not straight at all. Robert suffered many scratches, not only figuratively but literally as well. On JECH 1987 in Birmingham he was still leading before the pole vault by excellent 289 points, but then he fell into a drawer and instead of standing eventually on the podium, he ended up in a hospital. In 1989, on the day of our Velvet Revolution on November, 17 he suffered a severe injury in the fitness gym – when getting up the bench with a 60 kg barbell behind the neck he fell down accidentally. Only because he was lucky he ended up with only seven punched teeth, the broken jaw and other 42 stitches in his face.

Robert was awarded his first major medal at WCHJ, 1989 in Sudbury, in Canada where with the performance of 7,659 points he won the silver medal, setting up a Czech record.

He started the pre-Olympic year with the 5th place in the long jump (783 cm) at WCH in the hall in Seville. He continued his record series at WCH in Tokyo where by the performance of 8379 points he secured the fourth place, just 15 points behind the "bronze" Christian Schenk, the OG winner in 1988. Robert was our most successful athlete in 1992 and in the fall, he joined The Prague Dukla.

He launched the Olympic year with a silver medal at the IECH in Genoa with a record of 6,118 points. Then his dream was awaiting him, the Olympics in Barcelona in 1992 where he famously went through the entire event without hesitation. He won by a margin of more than 200 points! Robert ended that great year in Ostrava with an hour decathlon in front of 17,000 spectators with the best world performance of 7,897 points. This record has not yet been unsurpassed.

In the following years, until the spring of 1996 brought about to Robert many battles with injuries he suffered. First, it was an unsuccessful ankle surgery, afterwards tearing of shoulder muscles. Although he was in the hands of sports experts from the USA and under the supervision of local doctors and physiotherapists he was perhaps the only one who still believed in his return for the athletic oval. He still worked hard both physically and mentally despite these misfortunates. And the result? Seventh place at the Olympic Games in Atlanta in 1996, with the performance of 8,422 points and a gold medal in the heptathlon at the 1997 World Indoor Championships in Paris. He set up there a Czech record with the performance of 6,228 points.

Since the year 1996 his sport career started to intervene with his business career. Right before the Olympic games in Atlanta in 1996 Robert Zmelik was met with an offer of products, which came from 1,200 original formulas of the Chinese Ming Dynasty. Right after two days Robert registered a positive effect of these products on his body. After about a month he confirmed, that the products really do what they promise. That was his first step toward dietary supplements. After six years of business experience he started his own company with dietary supplements under the name STARLIFE®.

He is a user and guarantor of STARLIFE® products, a professor at the Department of Pharmaceutical Botany at the Faculty of Pharmacy of the Charles University, author of many scientific publications in the field of natural substances and a member of two sections of the Pharmacopoeial Commission of the Ministry of Health of the Czech Republic at the State Institute for Drug Control.